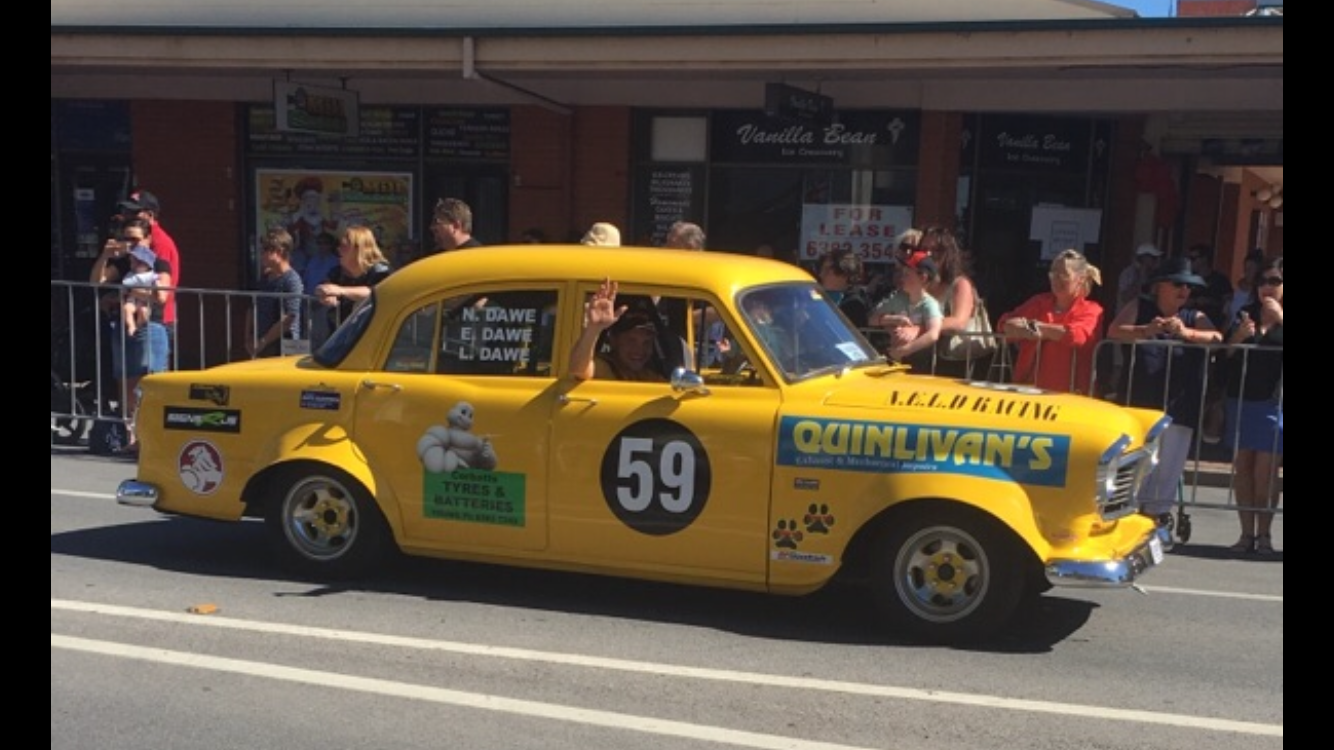 In 1974 Norman Dawe purchased a 1959 Holden FC Sports sedan. For the next 12 years Norman would race around all the Sydney  tracks in his FC sedan. In 2009 the car was left to his son Evan Dawe after his father Norman sadly passed away.

Evan was determined to restore the car and in 2010 decided to send it to Sydney for his uncle Clyde Lee to begin the work. The restoration would take 4 years, but finally in 2014 the car was ready. The commitment and sponsorship from local businesses has enabled Evan and his father in law Darren Arthur to make improvements on the car worthy of featuring in  Street Machine magazine, not once, but twice and at many car shows and festivals, such as the Summernats in Canberra.

Evan and other locals have put a lot of time into the improvements making the Yellow FC sedan No. 59 an amazing tribute to not only his dad Norman Dawe, but local mechanic and close family friend Robert Quinlivan .

Evan and Darren would like to say a special thanks to local businesses ARMA Fabrication, Geoff’s Auto electrical, Corbetts tyres and batteries and Signs R Us who assisted in making the car what it is today.